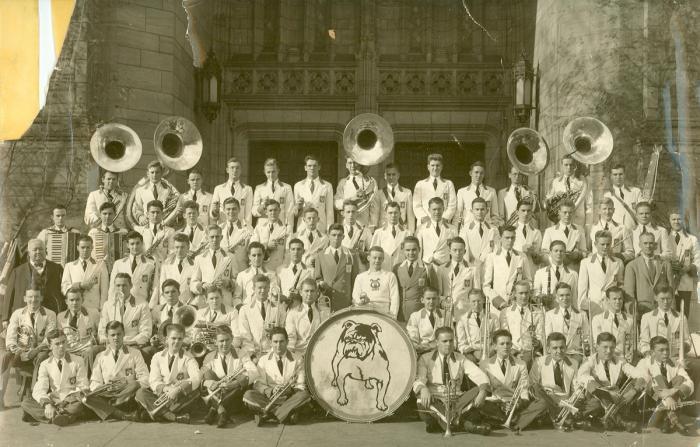 Tim Goslin:
“I think this is the year we went to Ann Arbor, for the Yale Michigan game. They really beat us, with Tom Harmon in their backfield. Our band did not look too hot either alongside the Michigan Band,composed mostly of music majors. I remember what an incredibly fast drum beat they had. They only wanted to give us 5 minutes at half time, but we held out for 7 1/2, and they agreed.

I remember as we marched around the campus the Michigan students stopped to watch. Many of them made comments such as “Where are their pipes? Where are their crew-cuts?” We had a great train ride out and back in coach, and spent the night in a nice hotel in Detroit. I think this was the longest Yale Band trip in years.”