The Yale Jazz Ensembles have performed at New York City’s Village Vanguard, Dizzy’s Club, and Iridium Jazz Club; at Ronnie Scott’s in London; at Villanova University and Williams College Jazz Festivals, and at Boston’s Scullers Jazz Club. Thie YJE Big Band is made up of 17 musicians (5 saxes, 4 trombones, 5 trumpets, piano, guitar, bass, drums). The group presents 2-4 formal concerts a year but plays any number of other engagements on or off-campus. YJE Combos have flexible instrumentation and may be reconfigured to accommodate the repertoire.

What kind of time commitment is involved?

The YJE Big Band rehearses two and a half hours per week (Wednesdays from 7 to 9:30 p.m.) and may have sectionals outside that time. This ensemble performs two concerts per year in Yale’s Morse Recital Hall in Sprague Memorial Hall and performs a few other off- and on-campus concerts. The Yale Bands as a whole also sponsors a variety of extramusical social events at which all Yale Jazz Ensembles members are welcome. The YJE Combos meet once a week by arrangement and perform one “showcase” each semester.

What type of music does the YJE play?

The Yale Jazz Ensembles plays almost anything composed for big band; combo styles are handled by the YJE Combos and the YJE Big Band programs new commissions, standards, and charts from the masters’ playbooks.  The repertoire for a standard concert might include an early Duke Ellington chart, a Thad Jones/Mel Lewis piece, newer music by Gordon Goodwin, a big-band jazz standard, a funk-fusion chart, and/or a novelty chart. The group also aggressively programs pieces by its members.

Who is the director of the YJE?

Grammy award-winning saxophonist Wayne Escoffery will direct the YJE for the 2022-23 season.

What else does the Yale jazz scene have to offer?

Some say there is a student organization for every student at Yale, and it’s usually difficult to find a weekend without some type of musical performance. There are many different smaller jazz groups at Yale, ranging in specialties from standards to funk to free jazz, some of which have members in the YJE, and some of which do not. (See Yale Undergraduate Jazz Collective). Yale also hosts concerts by professional musicians throughout the year: the Ellington Jazz Series brings to campus the most time-honored and most innovative jazz artists.

How do I get involved in the Yale Jazz Ensembles?

Click here for audition information for the 2022-23 Yale Jazz Ensembles.

How can I learn more about the YJE?

Contact Stephanie Hubbard, the Yale Bands manager, via email at stephanie.hubbard@yale.edu or by phone at (203) 432-4111; or YJE Director Wayne Escoffery by email at wayne.escoffery@yale.edu. 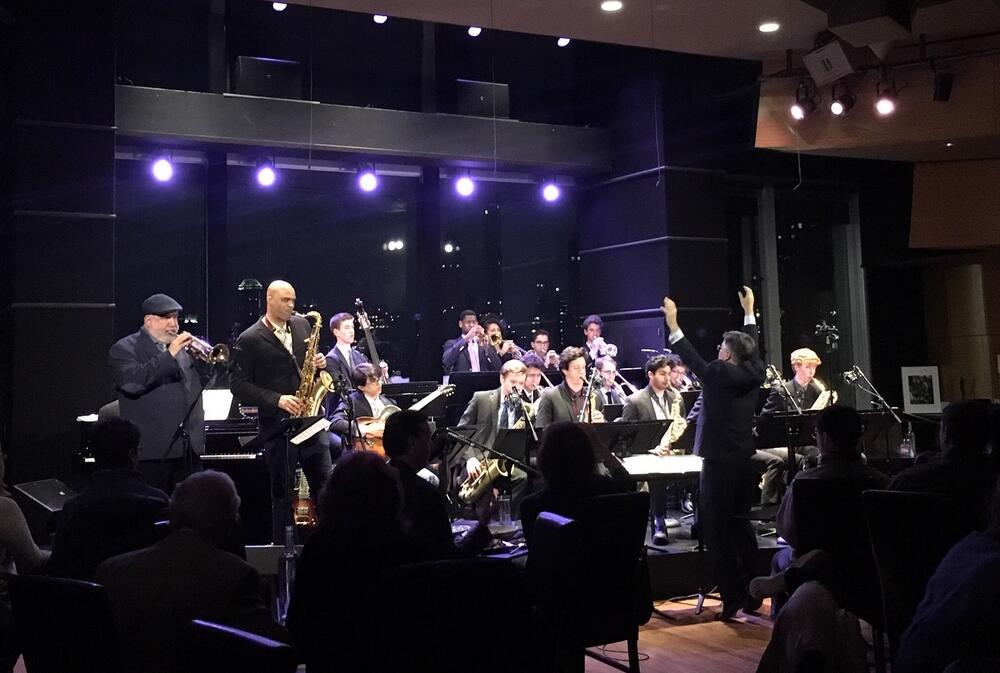